I'm an award-winning, major market professional journalist experienced broadcast, print and wire service news. I've worked between five and 20 years at most of my jobs, comfortable with working long and unusual hours and able to turn out air product under time and format limits on multiple topics from breaking news to features.

I'm creative and resourceful (first in the Los Angeles market to use wireless technology to run and finish the L.A. Marathon, winning awards while reporting live.) I'm adept at audio production, displayed in Fox News Radio reports on American Idol for three seasons.

I've worked at most of my jobs for between five and twenty years, operate well under pressure, get along well with people as a team player and honestly try to deliver at maximum productivity each day and prove myself at each stage of my career.

I spent twenty years on-air at the Los Angeles market's all-news outlet, most of it AMD and as Bureau Chief of its Orange County bureau with coverage in various dayparts (exited as part of a mass layoff preceding a format change.) For over three years, I've handled weekends (and fill in as needed) at a Los Angeles/Southern CA wire service, providing fast, accurate copy relied on by nearly all the market's TV, radio and print outlets.

I've kept current with digital technology and have broadcast quality equipment at home. 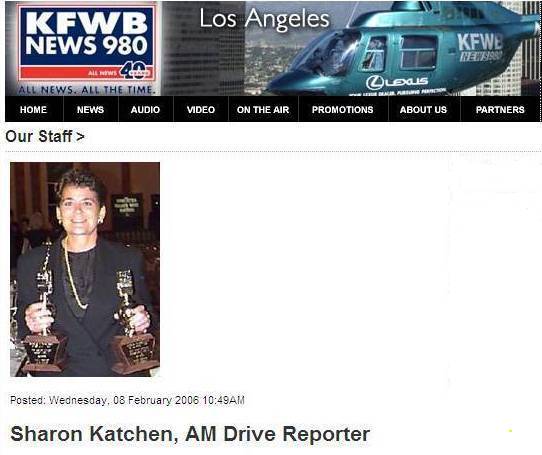 October 2006 to Current Long Beach Unified School District Long Beach, CA
Instructional Aide
I assist the classroom teacher in a class of kindergarten and first graders who have speech and language issues, weekdays.

Additional Voice Work
I have done voiceover work in a short documentary film on the White Stork, narrated a history of "Rosie the Riveter" at a Long Beach park named after the women who "manned" assembly lines during World War II and narrated a description of two dozen bird species that live near the duck pond at Long Beach's El Dorado Park, the latter two accessed by cellphone.